I try to read for an hour every day. Easier some days than others — beach days, days at my folks’ house, and rainy winter days. In Vancouver, we get a lot of those. Now that winter has settled in, I’ve accumulated a stack of books to work through over these next cold, dark, damp months. Here’s what’s on my ‘bedside table’ at the moment (note: my apartment is too small for a bedside table. My beside table is a windowsill next to my bed):

END_OF_DOCUMENT_TOKEN_TO_BE_REPLACED 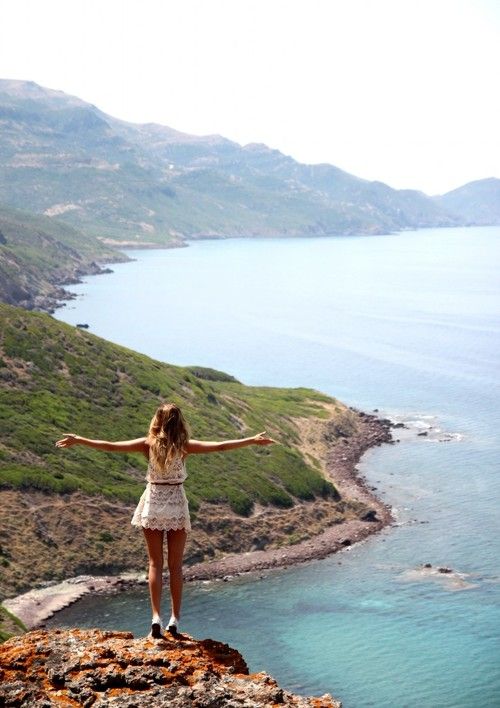 I didn’t know when I woke up last Friday that I was going to quit my job.

And then, just after noon, I did. I asked my boss to go for a walk. We sat on a sunny bench in the park near our studio, and I told her:

I don’t want to do this anymore.

I don’t want to spend 80% of my time doing things that I hate doing, that sap my energy, that I’m not particularly good at, and only 20% (if I’m lucky) doing the things I love and am good at.

I didn’t go tens of thousands of dollars into debt getting my master’s degree to be a sad cliché who is miserable at work, who spends Sundays plagued by The Dread.

Don’t get me wrong — there are elements of my job that I love. There are moments, days — weeks even — when I feel great about what I do. And those are the moments that I want to stretch out and build into a career.

I spent (Canadian) Thanksgiving weekend with a roomful of people who have done exactly that: built careers out of what they love doing. They were storytellers — not just people who have bought into the marketing buzz around storytelling, but people who have made a living telling stories. And I could — can — do that too.

So I quit my safe, secure, well-paying job. I’m giving up fortnightly pay cheques to venture into the terrifying, exciting unknown and make a go of it as a freelancer.

Stay tuned for more stories about this new adventure.

P.S. A couple of posts/articles that influenced my leap of faith: Here’s Why the Freelance Economy is on the Rise (Fast Company) | Your Lifestyle Has Already Been Designed (Raptitude) | The Mobile Workspace (Micro-Documentaries Blog) 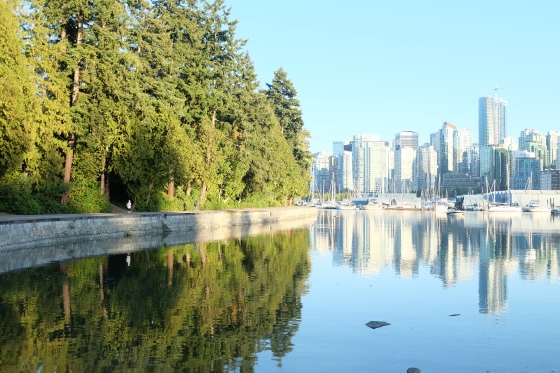 It was an incredible summer — long, hot, glorious. A bit exhausting, too, if I’m being honest; I was constantly on the go — to the Gulf Islands, the Okanagan, Toronto, Calgary, but most importantly around Vancouver. Down the Indian Arm in a kayak, up to pristine mountain lakes, around the Sea Wall on my bike about a million times.

Somewhere along the way, I realized that I’m finally getting over Melbourne. I was heartbroken when I left Australia. It felt like being dumped: forced to leave against my will, before I was ready. The life I loved — poof! — gone.

They say the best way to get over someone is to get under someone else — that only when you find someone new to focus that energy and attention on do you really move on.

Well, there’s a new city in my life, and I think it might be love.

When I moved back to Canada, it was for All The Right Reasons, but in the day to day of my life, I was unconvinced that I would ever come to love Vancouver the way I love(d) Melbourne. One year after my repatriation, I was still mourning Melbourne hard. I still haven’t found in Vancouver what I had Down Under — my tribe, if I am to use obnoxious marketing speak — but I’m starting to think that I’ll get there. And you really can’t beat that mountain and ocean combo.

That said, if Stephen Harper gets reelected, I’ll be Melbourne-bound by Christmas.

P.S. If you want to see what I got up to in and around Vancouver this summer, check back soon for a photo post, or follow me on Instagram @chelseatellsstories

I turned 32 the other day. I’m not going to lie, I’m struggling with this one. I loved 30, was fine with 31. I’ll probably like 33, because it’s frankly just a great number, but 32? Meh. I had a vague sense of dread and anxiety as the big day approached, and since I believe that gratitude is a really powerful antidote to anxiety I’ve been trying really hard to feel grateful and to think about how much more centred and self-actualized I am than I was five years ago. Wise, even, some days. I mean, I use words like ‘self-actualized.’

Anyway, here’s what came to mind one evening in Crab Park…

END_OF_DOCUMENT_TOKEN_TO_BE_REPLACED

And I’m off. I’m up extra painfully early this morning to fly off to the Great White North, where I’ll be spending Christmas with my folks and a few rellies at my Auntie Dini and Uncle Tony’s home on Bouchie Lake. I can’t wait.

I’m going to try to take a bit of a digital detox while I’m away, so I’ll see you in the New Year (or when I fail miserably at my detox, whichever comes first).

Until then…have a cozy, delicious Christmas and New Year. I hope you’re surrounded by your very favourite people…and endless food and wine.

Thanks so much for reading — today, this year, and always. 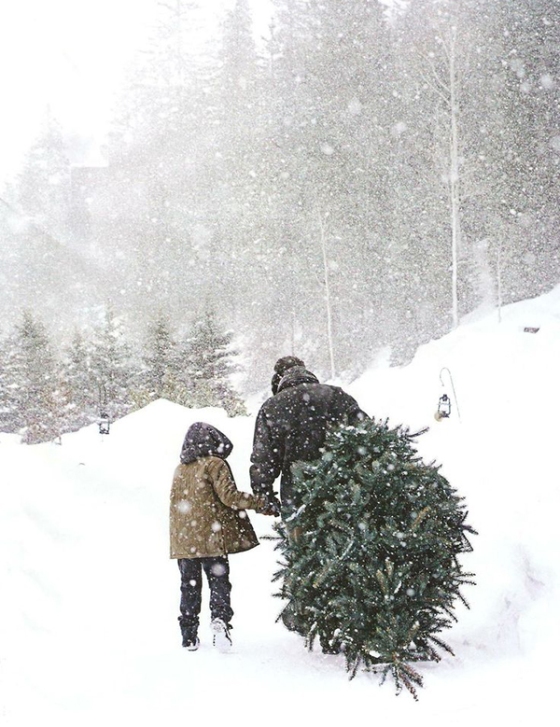 So anyone who knows me, or who’s been reading CTS regularly, or has visited my Pinterest, knows that I’ve gone a bit Buddy the Elf on Christmas this year. I’m feeling the holiday spirit big time this year, in a way I haven’t in many years. Last Christmas, I was in a pretty dark place, and before that I was in Australia, where I had a tough time feeling very Christmassy.

If you need a little help with getting yourself into the festive spirit – or need help finding last-minute gifts – here’s a roundup of all my Christmas content this year, plus a bit of extra holiday goodness.

END_OF_DOCUMENT_TOKEN_TO_BE_REPLACED 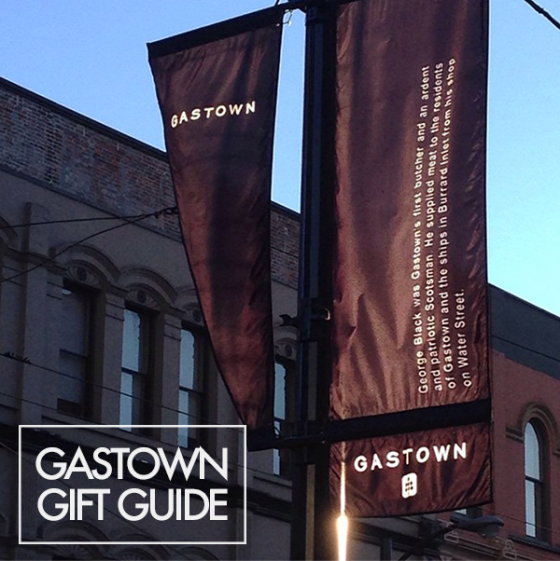 Forgive me while I get a bit Vancouver-centric on you. Because I’m a big proponent of supporting local, this next instalment of my gift guide is all gifts that you can buy in my ‘hood – Gastown: the oldest neighbourhood in Vancouver and home to heaps of adorable little boutiques. If you happen to live in Vancouver, spend a (rainy) day in Gastown this weekend. Grab an eggnog latte, take a wander, and pick up gifts for all your people. END_OF_DOCUMENT_TOKEN_TO_BE_REPLACED

Last year, my family started a new holiday tradition: a white elephant book exchange. We’re a family of readers, cooks, and travellers, so it works well for our clan. During our inaugural exchange, I was inclined to throw a bit of a tantrum when I lost The Kinfolk Table to my sister-in-law, but I’m hopeful that this year I’ll walk away happy.

Books (along with beautiful socks) are among my very favourite gifts to give. If I weren’t saving them all for this post, my previous gift guides would have included a great many more books.

So, friends, if the idea of Christmas shopping makes you wary, might I suggest popping into your local bookshop and getting all your shopping done in one go?

END_OF_DOCUMENT_TOKEN_TO_BE_REPLACED

Alright! Yesterday I posted the first eight of my sixteen favourite Christmas movies. Here are the rest, including a few that aren’t traditionally considered Christmas movies… END_OF_DOCUMENT_TOKEN_TO_BE_REPLACED

This weekend I’m unexpectedly spending a quiet weekend at home in Vancouver. My plans for the weekend got cancelled at the last minute, and by the time I tried to make plans in Vancouver, everyone was busy. ‘Booked solid’ were words I heard more than once. That time of year…

END_OF_DOCUMENT_TOKEN_TO_BE_REPLACED

Error: Twitter did not respond. Please wait a few minutes and refresh this page.

When I'm staying put, I travel vicariously through these bloggers; when I'm planning a getaway, they're great for inspiration: